More interesting now that I have played a little

Italian and German sites still used to living and commerce 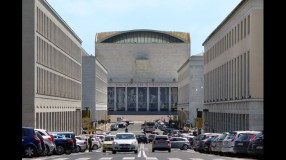 They have 2 way contracts so will probably not be in many games to start still pretty impressive.

Played my first 9 hole round and my partner was legally blind.  He had a spotter(another person) and some GPS technology to help him know where the ball was, where the hole was and if he hit it it went far.  I did OK but I can see! Very humbling to see what we complain about.  The went to Planet Fitness to freshen up, and a young lady with Downs was on elliptical next to her  mother..I guess Mother was 60 and daughter 25.  Finally drove through downtown and saw Lauralton Hall Cross Country practicing as well as a half dozen young Chinese students who I assume were the JV team with the new Athletic Director on a bike coaching/ encouraging them on.  A lot to think about..

I have always wanted to golf but never had the time and not the money or desire for country club membership.  We (and almost everyone) has a decent 9 hold course in their vicinity so may be worth learning and playing that course. 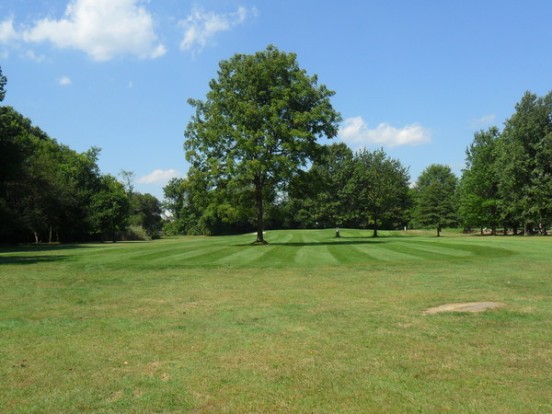 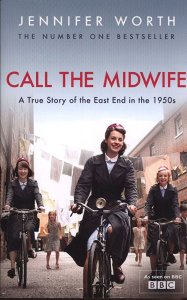 The arrival of new life eclipses everything. When all goes well the room is filled with happiness and all the pain that went before is forgotten. Where there was mystery there is knowledge — where there was fear there is love.

The finale was filled with the circle of life with births and the transition to death. The midwives helped with a long labor, Patrick and Shelaugh welcomed a beautiful daughter into their family through an adoption. Chummy, with the guidance of Sister Monica Joan and Jenny, help her mother (Lady Brown) to die surrounded with love and with dignity. At the end of the episode Jenny gives her notice and tells them of her plans to follow her calling to work with the dying through hospice nursing care.

I thought the show was powerful and it really made me think about my own experiences as a nurse and as a nurse-midwife with birth and death. It is an honor to give witness and to assist with both. I remember the first time I took care of a patient that was dying. It was the first day that I actually met this older woman and it saddened me that the family did not come in to be present for her. I wished they could be there to hold her hand or whisper that they loved her during her last breaths. I was a new nurse and I remember I was initially focused on wanting to clean and clear her room and getting her morning care done. Then I stopped myself and realized those tasks were not important. Suddenly I felt scared that she would die without anyone really being present for her. I sat down in the chair beside her and took her hands into my own and I really tried to be there for her during these last moments.

The show did a nice job of showing the complicated business of life and relationships. Before I became a midwife-when I was working as a Labor and Delivery Nurse in Toronto — I remember helping a woman that had to travel the path of a hard long labor to give birth to a stillborn baby. Her husband dropped her off and then went to work! I remember spending the entire day in the room and we had many intense conversations. I was with her as she cried, as she labored, when she gave birth, and as she said goodbye to this small being with so many lost hopes and dreams tied into her little body. I do not remember her name and cannot really bring her face into focus in my memory but I do remember the emotions and the intensity of that day and those moments.

Sister Evangelina stated the mother daughter bond is a very special thing— and for some it can be a complicated bond. Chummy noted that she used her uniform and her nursing tasks as her armor. But she did break the physical barrier to get through to her own emotions. It was powerful when Sister Monica Joan stated that prayer helped because they could stay focused on the words rather than the thoughts. She stated: the words are aligned like a rope for us to cling to. I liked the analogy and wondered if that is why prayer can feel like such a calming meditation for myself.

I was unaware that the hospice movement was founded in England. I spent time reading about Cicely Saunders after the show and learned that she was born in England in 1918. She was a nurse, then became a medical social worker and then a physician. She revolutionized the way in which society cares for the ill, the dying and the bereaved and worked with the terminally ill. In 1948—her ideas started to spread but it was not until she founded St. Christopher’s Hospice in 1967 that her plans were fully actualized. This was the first hospice linking expert pain and symptom control, compassionate care, teaching and clinical research with holistic care to meet the physical, social, psychological and spiritual needs of tis patients and those of their family and friends.

She received many honors and awards for her work. She held more than 25 honorary degrees, from the United Kingdom and overseas with awards that included the British Medical Association Gold Medal for services to medicine, the Templeton Prize for Progress in Religion, the Onassis Prize for Services to Humanity, The Raoul Wallenberg Humanitarian Award and the Franklin D. Roosevelt Four Freedoms for Worship Medal.

Cicely was made a Dame of the British Empire in 1979 and awarded the Order of Merit in 1989. In 2001 she received the world’s largest humanitarian award — the Conrad N. Hilton Humanitarian Prize, on behalf of St. Christopher’s. There are resources at the end of the blog to further explore hospice care.

The departure of life eclipses everything. When a death is good-the room is filled with peace and all the pain that went before it is forgotten. Where there was mystery there is knowledge. Where there was fear there is love.

Danny Boy
Celtic Woman
Oh, Danny boy, the pipes, the pipes are calling
From glen to glen, and down the mountain side.
The summer’s gone, and all the roses falling,
It’s you, it’s you must go and I must bide.
But come ye back when summer’s in the meadow,
Or when the valley’s hushed and white with snow,
It’s I’ll be here in sunshine or in shadow,
Oh, Danny boy, oh Danny boy, I love you so!
But when ye come, and all the flowers are dying,
If I am dead, as dead I well may be,
You’ll come and find the place where I am lying,
And kneel and say an Ave there for me.
And I shall hear, though soft you tread above me,
And all my grave will warmer, sweeter be,
For you will bend and tell me that you love me,
And I shall sleep in peace until you come to me!

It is amazing to look at the 5 hour time difference and see live sports at 7 AM Saturday.  Never played soccer at all but looks incredible and I love the vibe at U.K. stadiums